Remote working in the real world 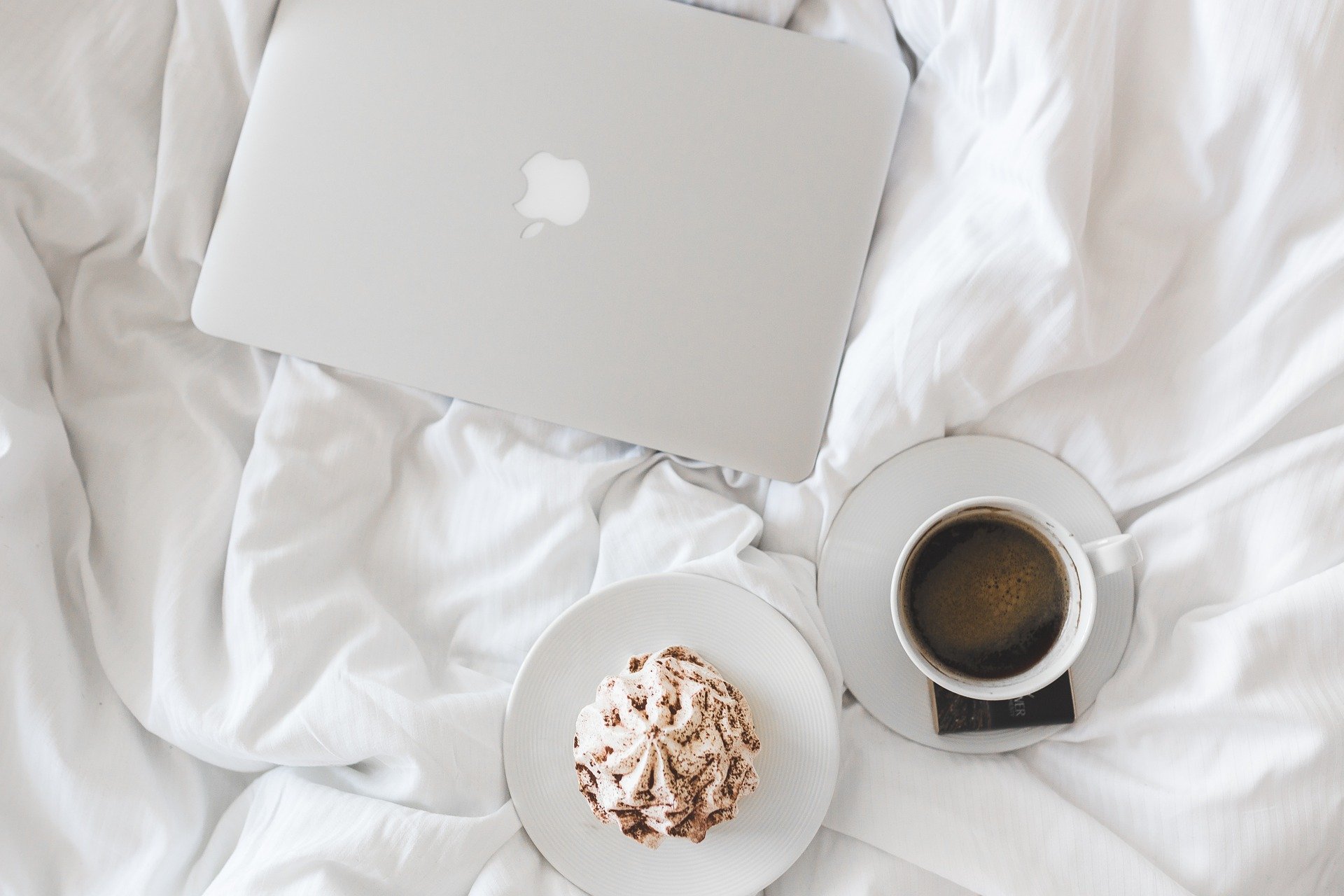 Like most of the world, I’m working from home. But at least I’ve had a good four years practice at working remotely. In my last two full time gigs, I’ve worked a split pattern of days on site with the client, vital touch down days in the organisation’s offices, and days at home in my home office. From a technical point of view, I’m used to Teams, Skype, Zoom and have tried a plethora of other apps which try and emulate the experience of face to face contact. None have come even close to a good face to face engagement – particularly one where you can grab people before the formal meeting start or afterwards, when you can relax and be a bit more human with each other. But it’s getting better.

Over the last two years though, as the productset has become more mature, Microsoft Teams has become my mainstay. I work for CompanyNet, an Edinburgh-based IT business consultancy, product provider and Microsoft Gold Partner. Before Covid-19, most of my meetings were remote. Now, they all are.

Getting proficient with Microsoft Teams wasn’t easy, to be honest. It took me a good few days to understand its quirks and feel a bit more comfortable on video calls, chairing online meetings, and documenting actions on the fly through screen-sharing. So much so that I started to record some reminders for myself for days when the brain slows down a wee bit.

That list is what I’m planning to share with you below. While I can work out most things, this is not a technical runthrough of Teams. I’m a business user, a programme and project manager, and not a developer.

I also live in North Berwick, a wee seaside town 25 miles from Edinburgh with a sizeable and affluent population of Netflix addicts and gamers, three of whom I happen to live with. My wifi can be patchy at best – it’s certainly not the best set up for Teams but I suspect it’s closer to the real-life experience of most users than the ultra-connected communities of utopian technocrats often depicted in Microsoft adverts.

So here we go, a rough as hell prompt list built on less than perfect real life experiences which might help you out of a bind when working within Teams.

One – watch your own back

One – make sure you have a comfortable chair in the area that’s now become an office. I’d been sitting on a wooden kitchen table chair for a week before I connected that to a new back ache I’d developed. I switched to a proper office chair and that seems to have helped.

Two – speak up at the back there

Two – sometimes when you join meetings, if you’re a little late, you’ll join the meeting with your microphone muted. The software does not know if you’ve started speaking – you need to know how to unmute yourself. If you don’t, and you’re wondering why your perfectly crafted intevention or witticism has fallen on deaf ears, they haven’t heard you at all. This can be one of the most frustrating aspects of remote working. The chair often has no choice but to move on past you and you end up feeling ignored, marginalised or worse- when it’s just the technology letting you and your colleagues down. So, here’s what you’re looking for when you need to unmute yourself. Hover your mouse in the area below your image and the Teams toolbar should appear. To unmute, click the mic icon with the strikethrough applied. 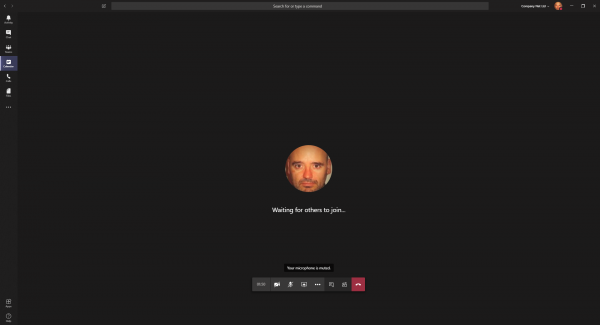 Three. The technology gods don’t like you and conspire against you.

Three. I’m fairly sure you mean so little to the technology gods (oh, they exist) that they disdain being malicious to you. You need to know that the way your device picks you up speaking randomly changes.

Sometimes on the same call. Sometimes it chooses to pick up the microphone on your device. Sometimes it chooses to pick you the microphone on your headset, if you’re plugged in. So if you’ve un-muted yourself, and your colleagues still can’t hear you, then you need to hover over the Teams tool bar again to make it appear, and then look for the three dots. Clicking the three dots opens a series of options. You’re looking for the top one, Show Device Settings, with the gear icon. 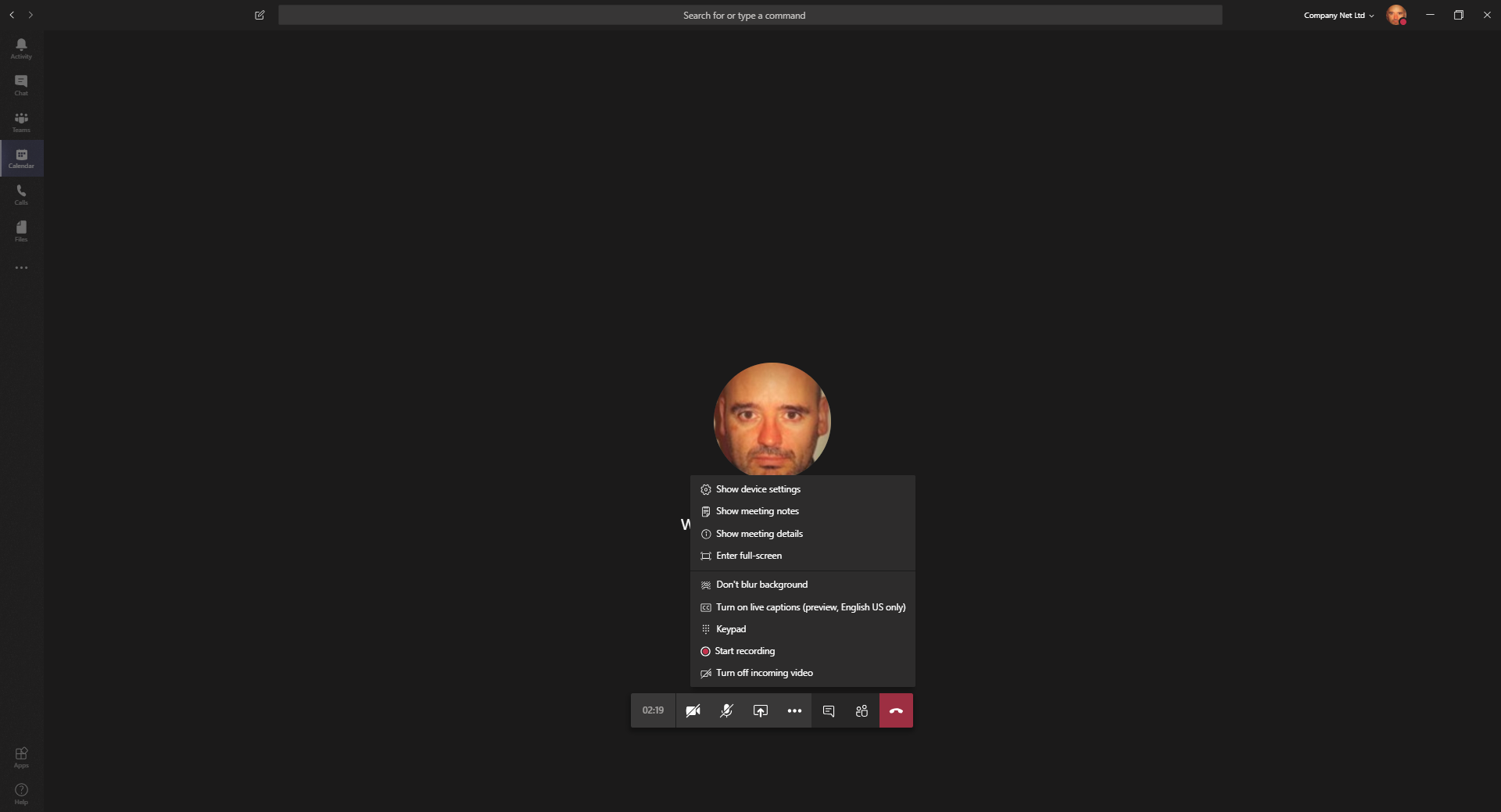 Clicking device settings opens up the next screen, which shows you what speakers are in use, and more importantly, which microphone input is being used. Change this to whatever you’re using, check the mute button is unmuted, and then speak out loud to confirm your colleagues can now hear you.

Four – people will judge what you show them

Four: we all know people are curious and judgemental. Sometimes you can forget when you’ve got the camera switched on, and the people and animals in your life wander in and out of shot at the most distracting times. And they will get cheeky about your decor.

Hover over the Teams tool bar and you’ll see an option Blur my Screen. That uses some of your device’s grunt to create a blurring effect on the background while your features remain sharp. 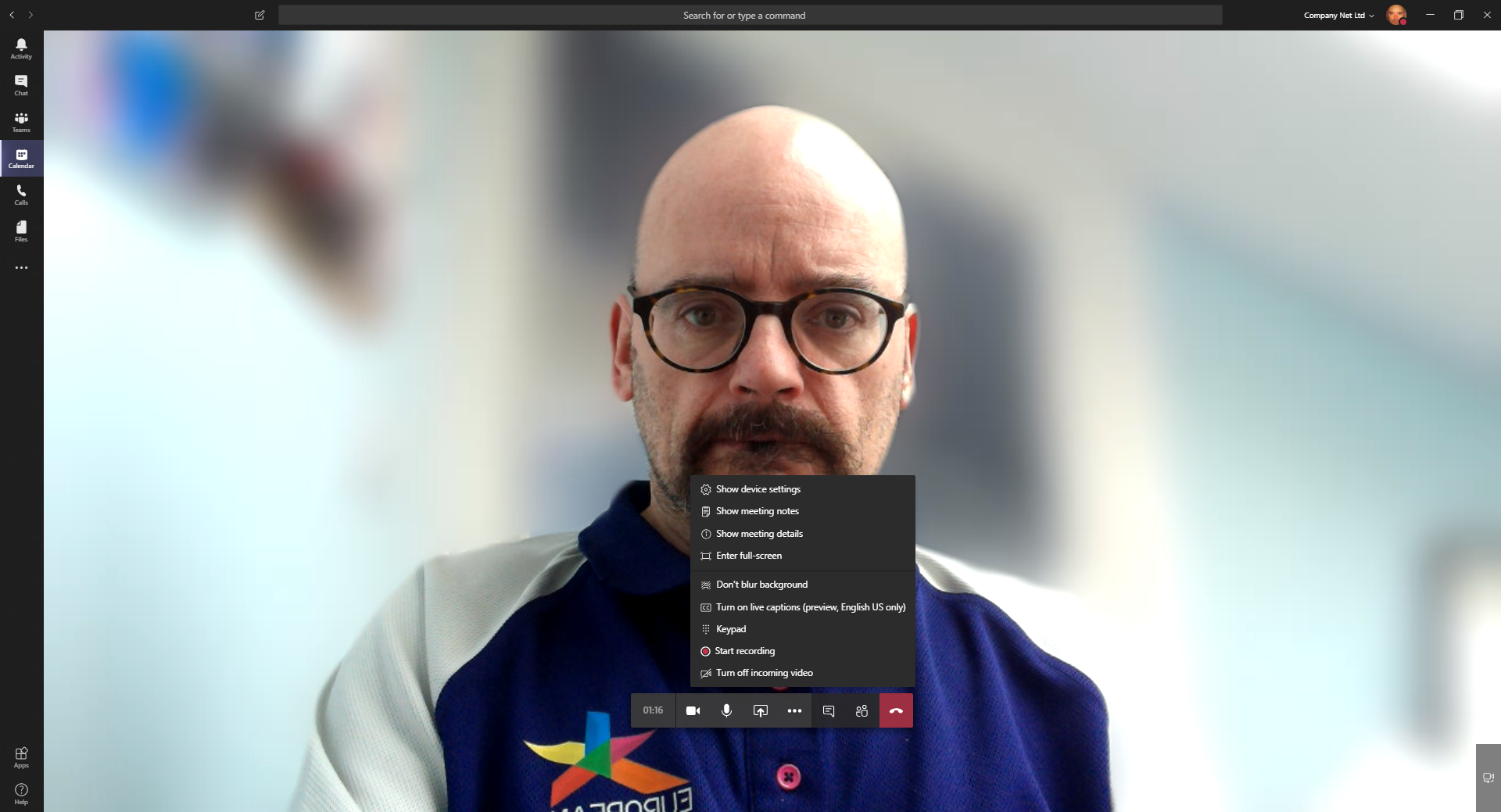 Be aware though that this does take up some of your device’s resources and so if you’re on an older machine, or doing lots at the same time, you may not want to use this function – and can live with being judged.

Five: Seeing the people you’re talking with is great. You can tell when they’re interested, or when they’re doing something else when it’s not their turn to speak.

But it uses a lot of your wifi again and can start to corrupt incoming audio so you can’t hear anything intelligibly In this situation, find the Teams control bar, find the three dots, and click “Turn off incoming video”. The videos will be replaced by flat tiles but at least you can hear people. Your imagination can fill in the rest.

Six – work out how to switch off your camera

Six: Hover over the Teams control bar to make it appear and look for the icon which looks like a video camera. Clicking that disables your camera, which is displayed by a strikethrough on the camera image.

It’s not great switching off the camera, because you’re losing a lot in terms of non-verbal cues, but sometimes your wifi will give you no choice if you want to have any kind of a conversation. Also sometimes your colleagues are profoundly uncomfortable with using video – most people dislike seeing themselves on screens. You’ll know their preferences – you don’t want to make people uncomfortable and wifi quality is a handy white lie to deploy if needed – no-one will disbelieve you.